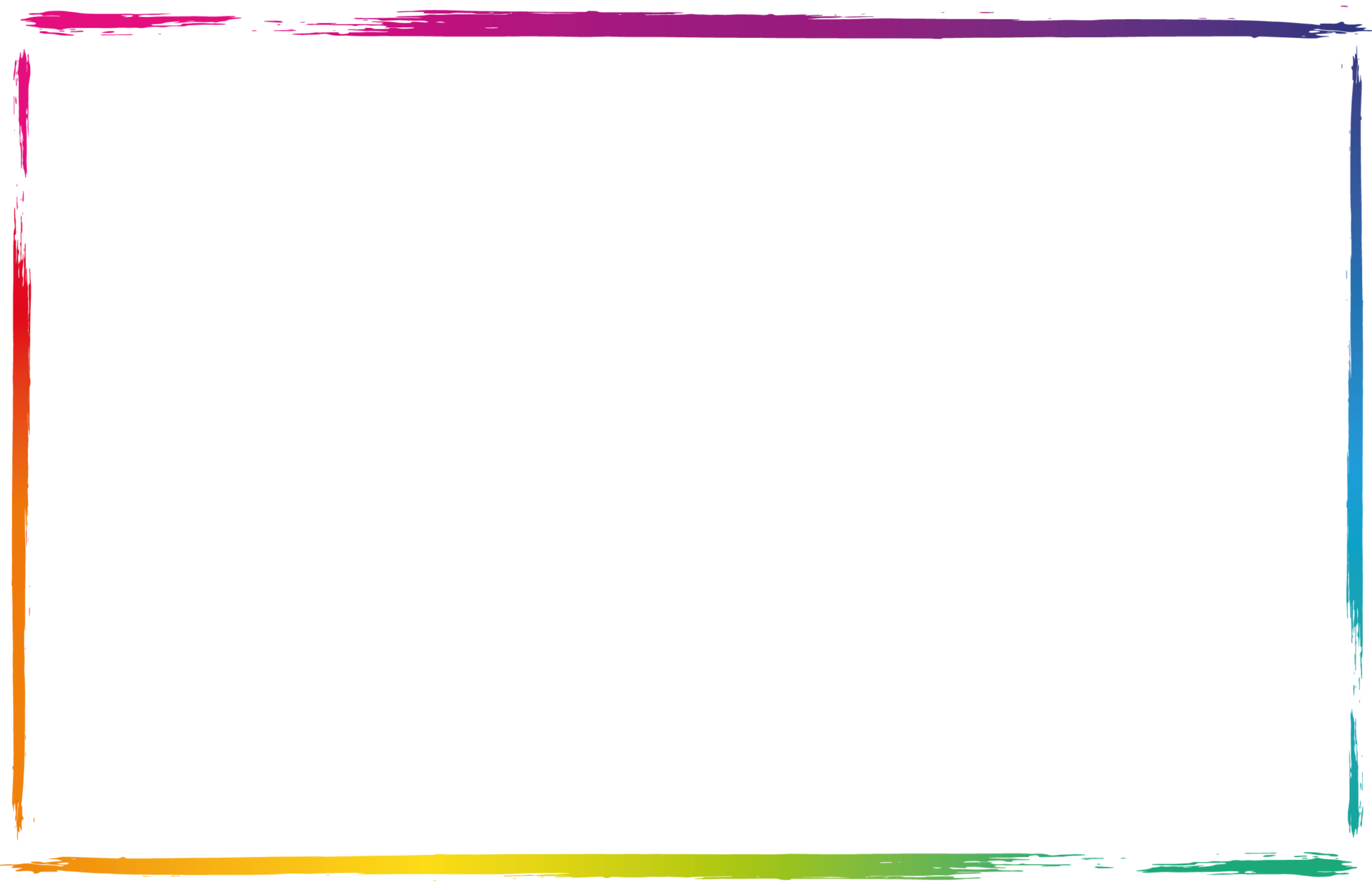 Culture has the power to transform; just ask Dundee, or Paisley which is still benefiting from the cultural momentum created by its UK City of Culture bid. And where culture leads, people, jobs, investment and an enriched sense of community and pride follow.

As the organisation which leads on the cultural front in Fife, we are raising the kingdom’s reputation and winning cultural accolades at a national level. 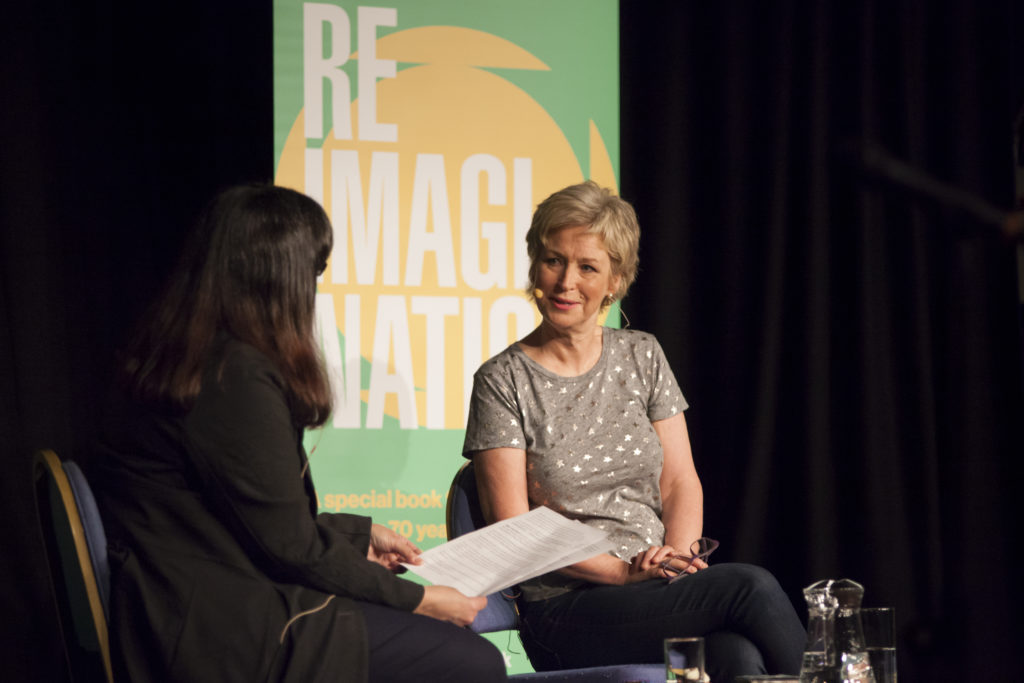 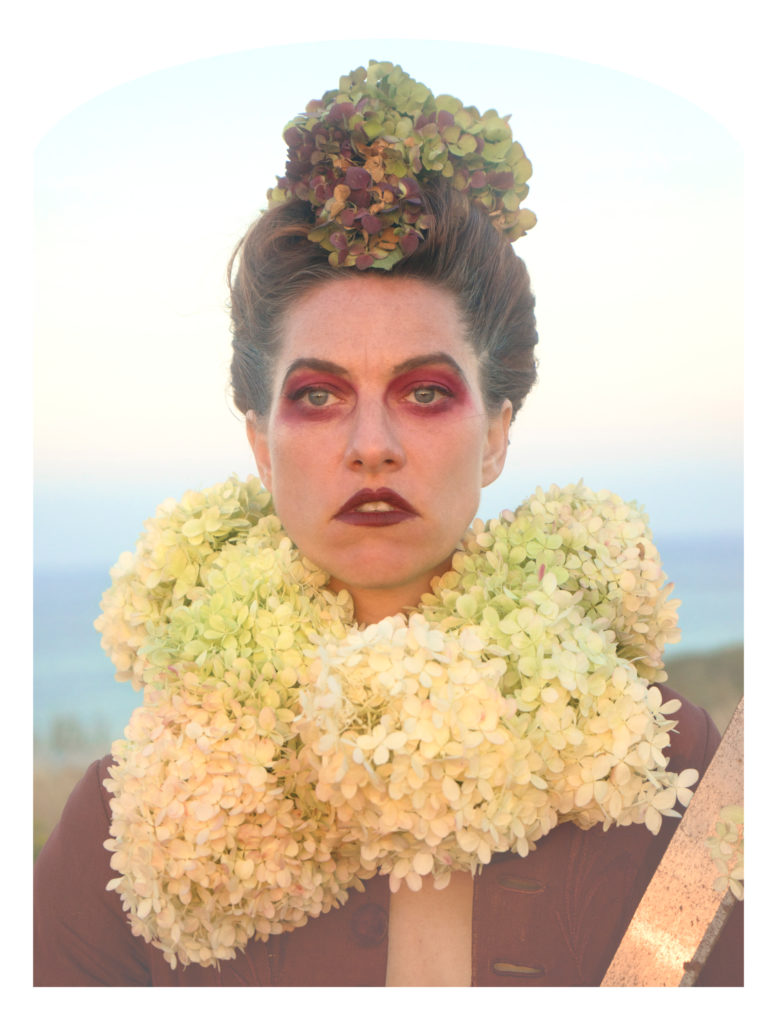 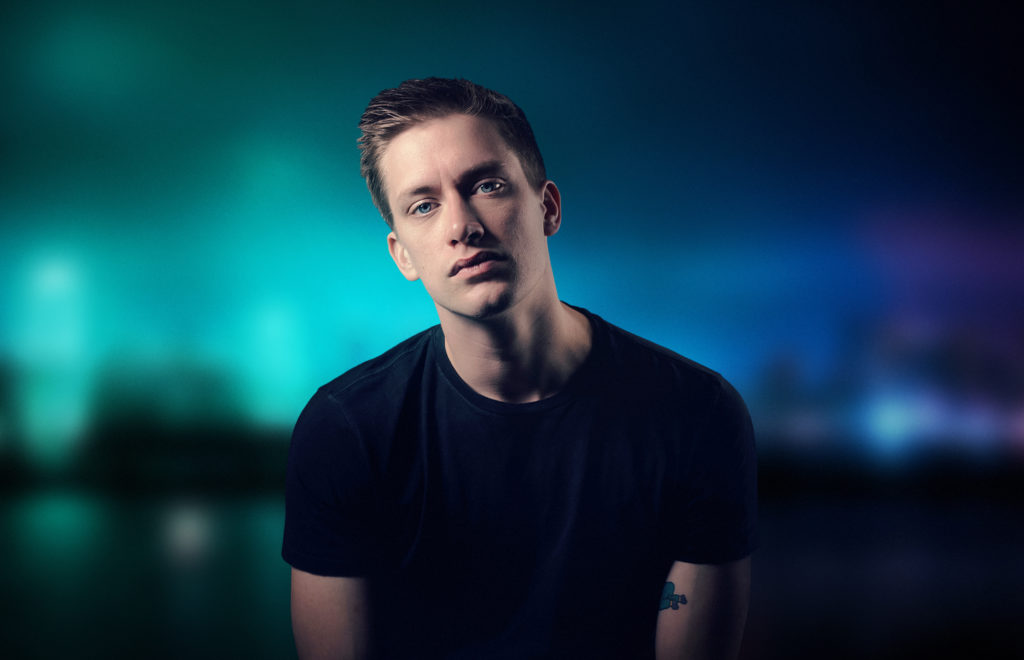 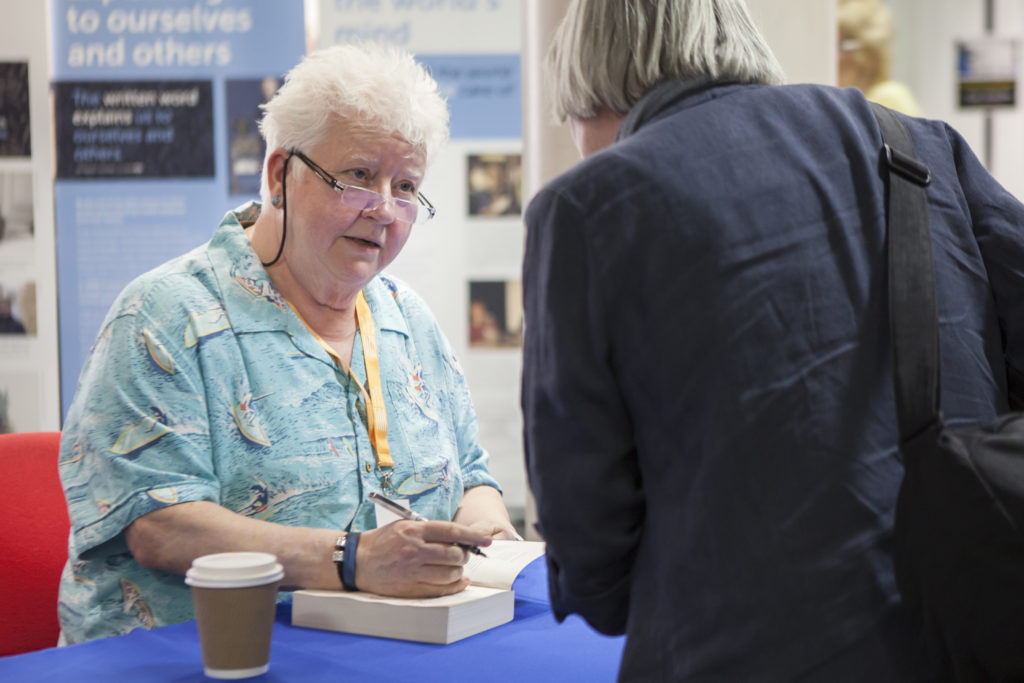 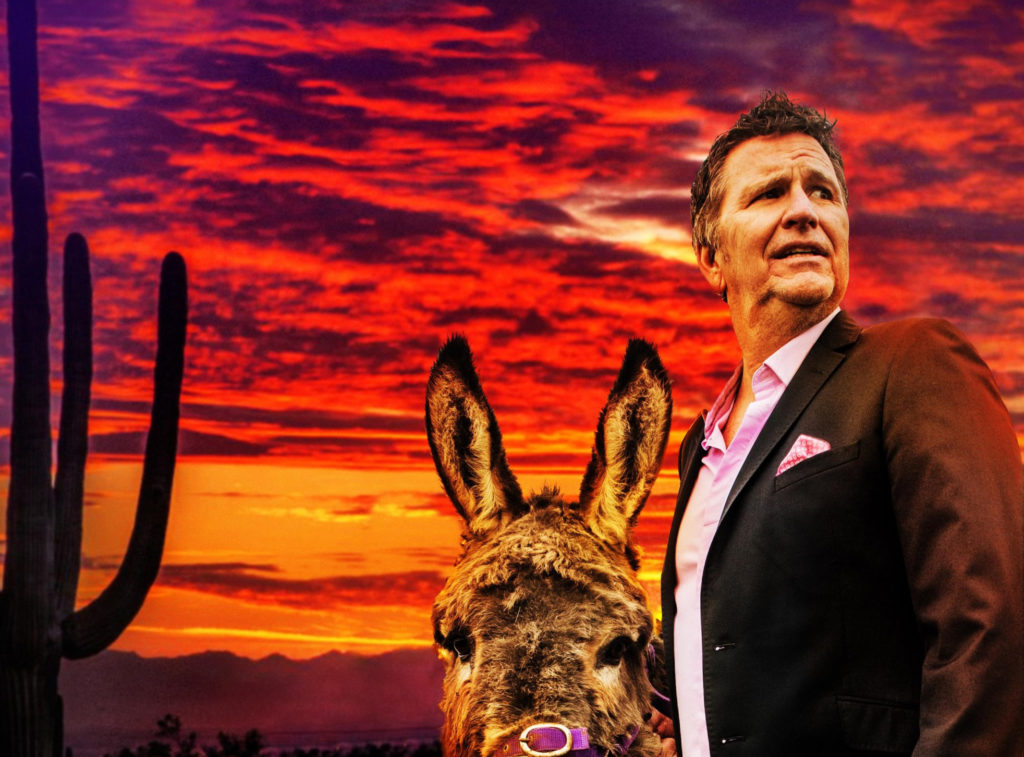 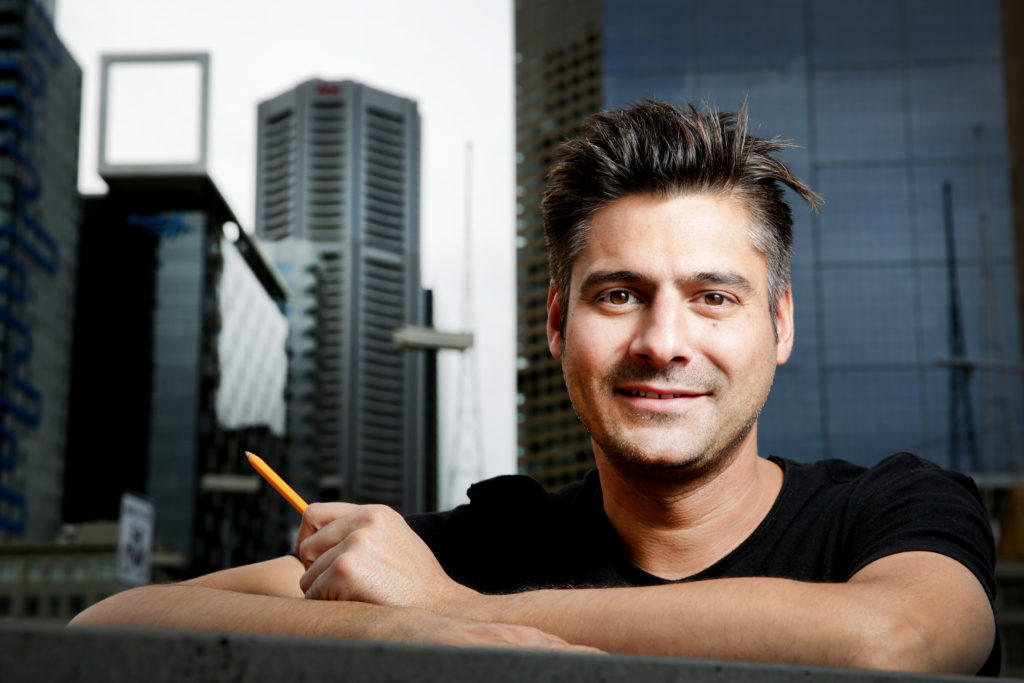 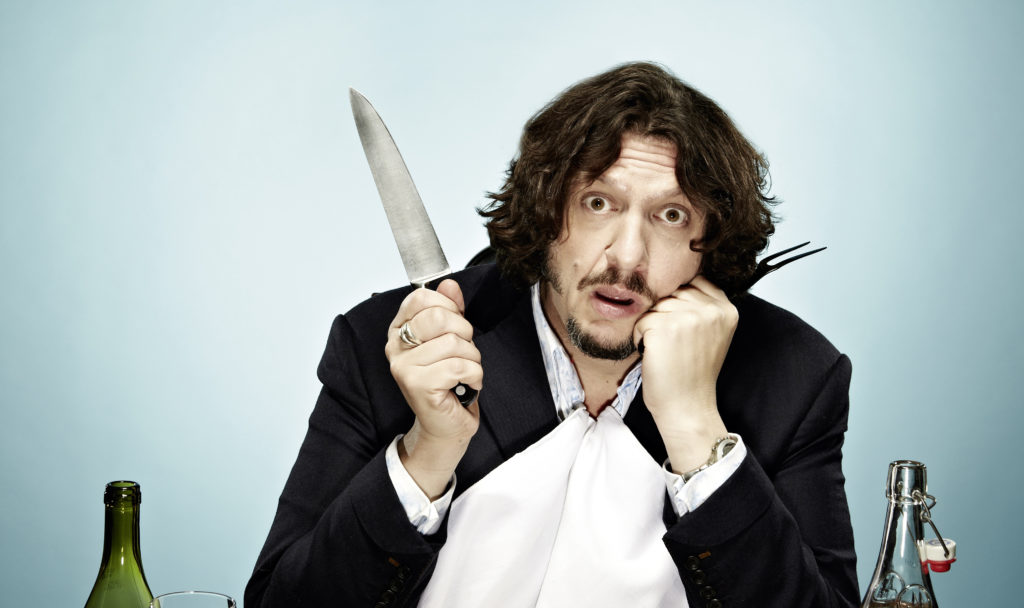 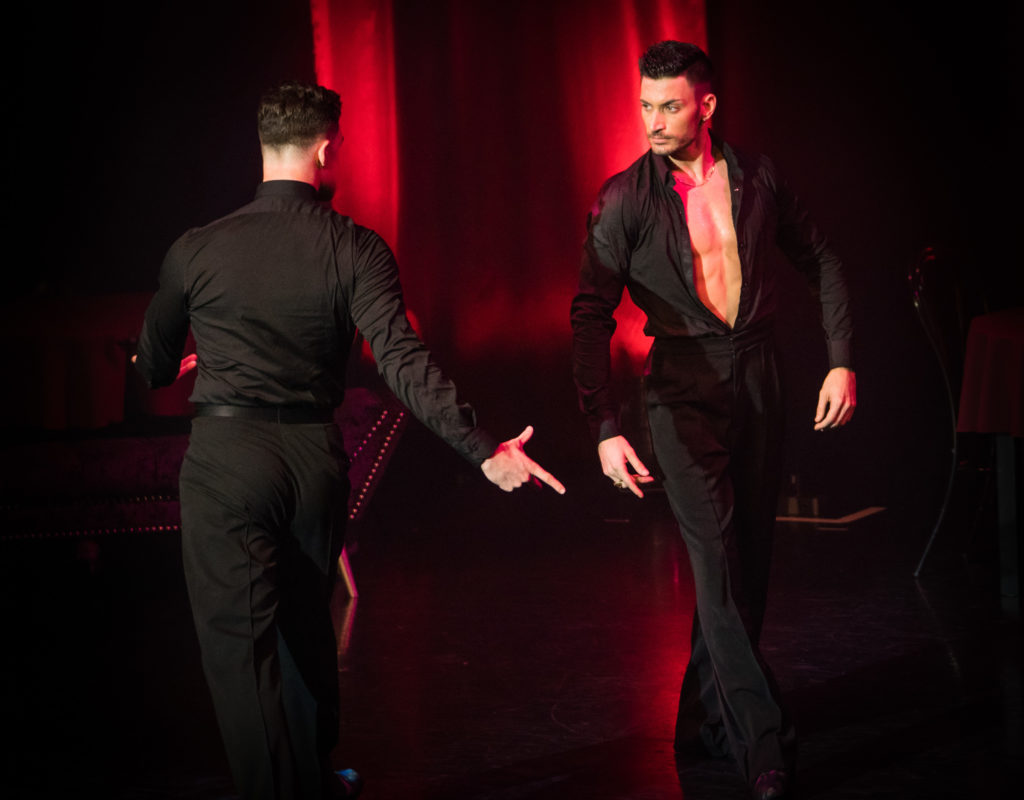 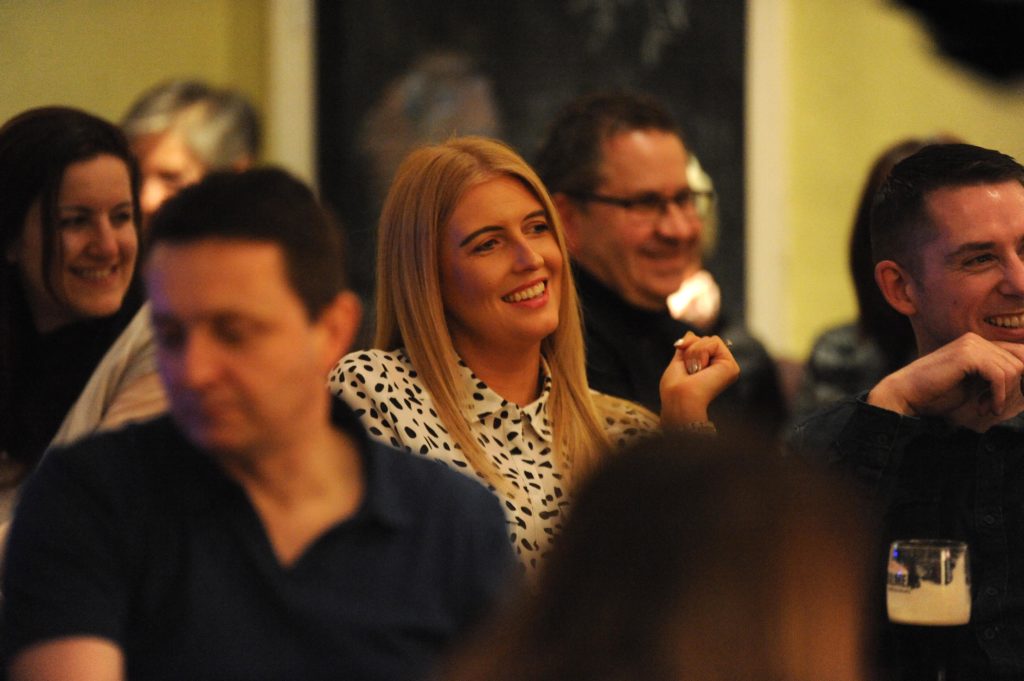 Dunfermline Carnegie Library & Galleries is helping to shape the region’s cultural reputation. Fife Council’s far-sighted capital investment has delivered a facility Fifers can take massive pride in. Since it opened, we have worked hard to build on this and it’s paid off with a packed programme of events, a string of national awards and a much-coveted VisitScotland 5-star visitor attraction status – all of which have added to the economic regeneration of the Dunfermline area. 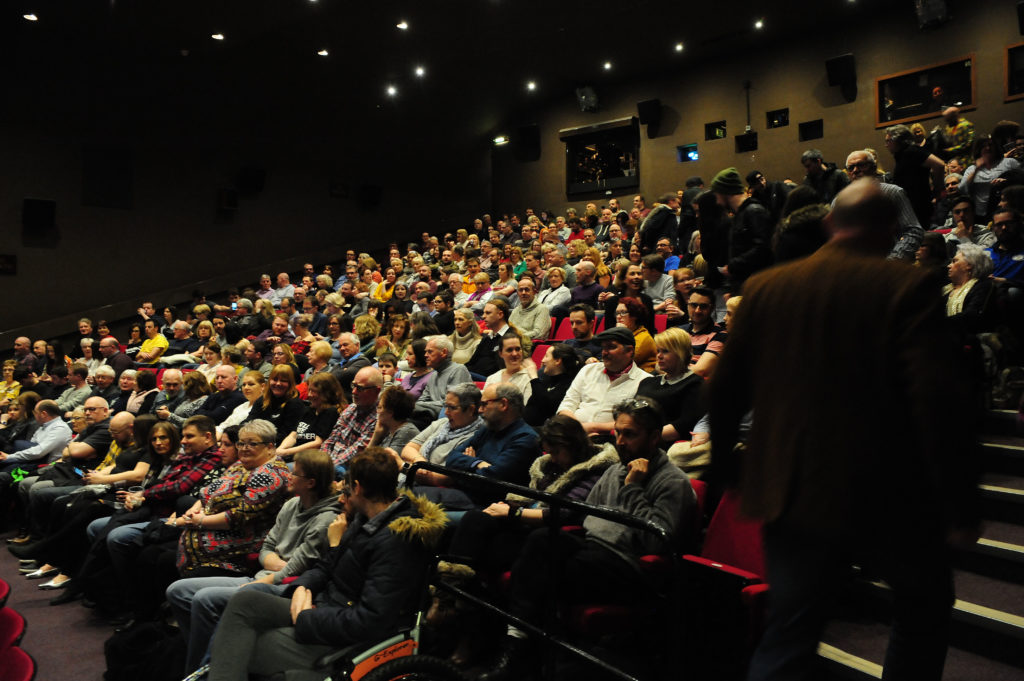 We have great ambition for Kirkcaldy, with plans being shaped for an innovative redevelopment of the Adam Smith Theatre which will transform it into a vibrant cultural hub. Meanwhile in Glenrothes, opening up Fife’s Collections continued at our new state-of-the-art Collections & Archives Centre at Bankhead. Next year our talented museums and archives team is pressing ahead with expanding organised tours.

Audiences were treated to a ‘sneak’ preview of comedian Eddie Izzard’s global tour as part of the Adam Smith Global Foundation’s Festival of Ideas, whilst adding to the status of the festival were the founders of the world wide web, Sir Tim Berners Lee and Rosemary Leith – all of whom were hosted by Gordon and Sarah Brown. 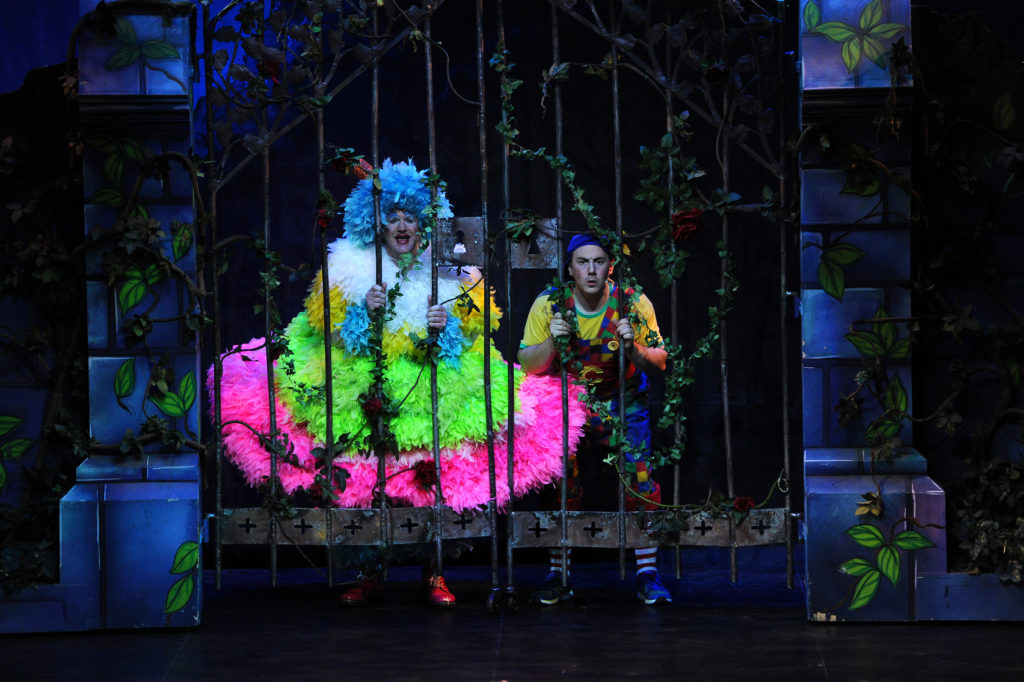 Big capital projects have great impact but we made our presence felt at all levels with a year of activities and events which brought people into our theatres, libraries, museums and galleries.

Classic drama, big household names, live music and comedy were all part of the package – with skilled programming reaching new audiences and bringing in four-star reviews in The Herald, The Scotsman, The Stage as well as media coverage on STV, BBC, The Times, The Guardian and the Scottish Daily Mail.

Our panto, the rollicking Beauty and the Beast at the Adam Smith Theatre, earned both commercial and critical success…

…Audience participation was described as “world class” by theatre critic Joyce McMillan at The Scotsman as audience numbers rose to 18,500, an increase of 1,000 on the previous year. Another four-star review came from The Herald critic Keith Bruce for the RSNO’s spirited and entertaining Viennese Gala at Carnegie Hall. 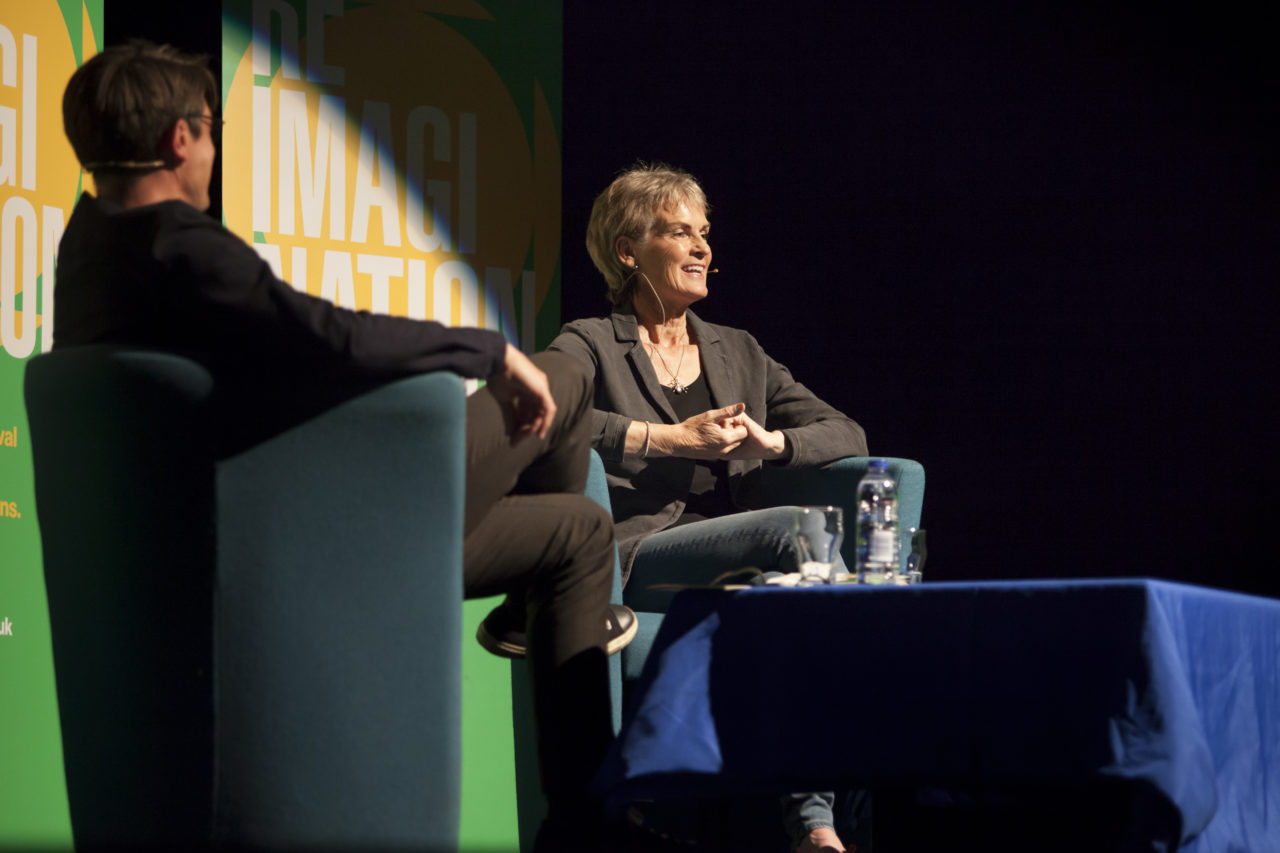 National partnerships are another powerful way of increasing Fife’s influence in Scotland’s cultural sector.  A partnership with the Edinburgh International Book Festival brought one of the world’s most famous literature events to Fife in May 2018 when our libraries team helped stage ReimagiNation at the Rothes Halls. Judy Murray, Sally Magnusson and Archie MacPherson and writers Val McDermid, Christopher Brookmyre and Mark Billingham were followed with a closing performance by ‘middle-aged rocker wannabes’ Fun Loving Crimewriters…

During the year, planning started with National Museums of Scotland for a new East to West exhibition. Items from the Far East Collections of both organisations will be brought together in one exhibition at Dunfermline Carnegie Library & Galleries.

Fife has a well-deserved reputation for the quality of its live music. James Yorkston’s Tae Sup WI’ a Fifer series continued to draw in a knowledgeable music crowd. Highly respected by the music industry, Tae Sup also received a glowing review in The Herald.

Our live music events contributed a significant proportion of our audience, clocking up attendances of 19,503 during this year. At Carnegie Hall, Arab Strap founder Aidan Moffat and RM Hubbert played their critically acclaimed album to music fans while Scottish singer-songwriter Rab Noakes chose the Lochgelly Centre to launch his new album, Welcome to Anniversaryville. 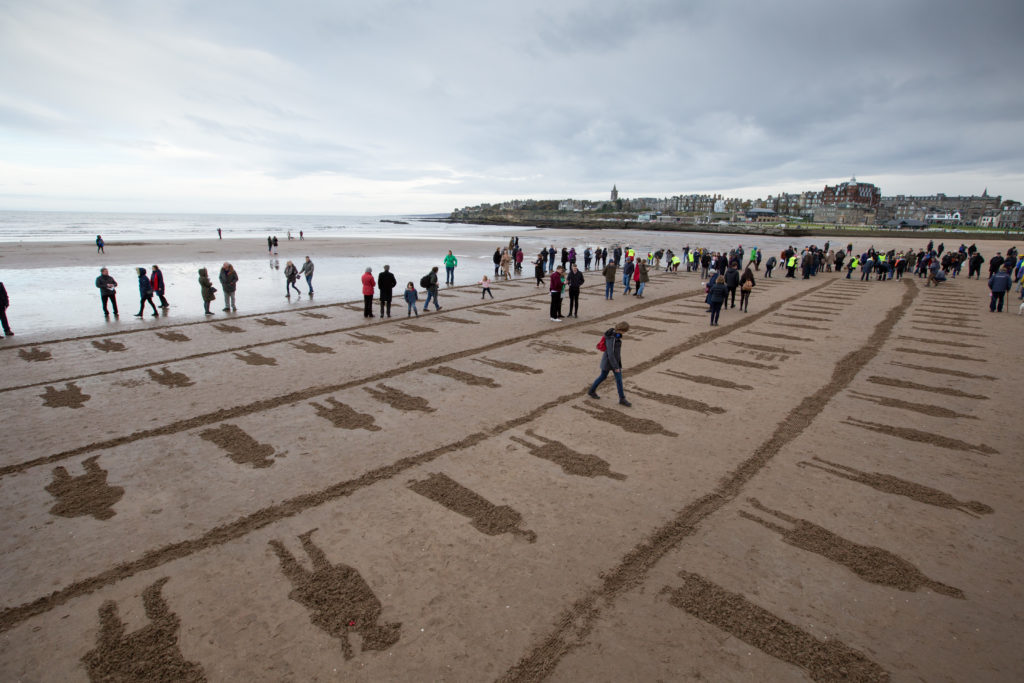 Our Creative Development team joined another great partnership with the National Theatre of Scotland by supporting their Pages of the Sea event in St Andrews. The event was part of filmmaker Danny Boyle’s ambitious project to mark the 100th anniversary of the Armistice in 1918, which brought together artists and people on beaches around the UK to create poignant silhouettes on the sand representing lives lost in World War One. 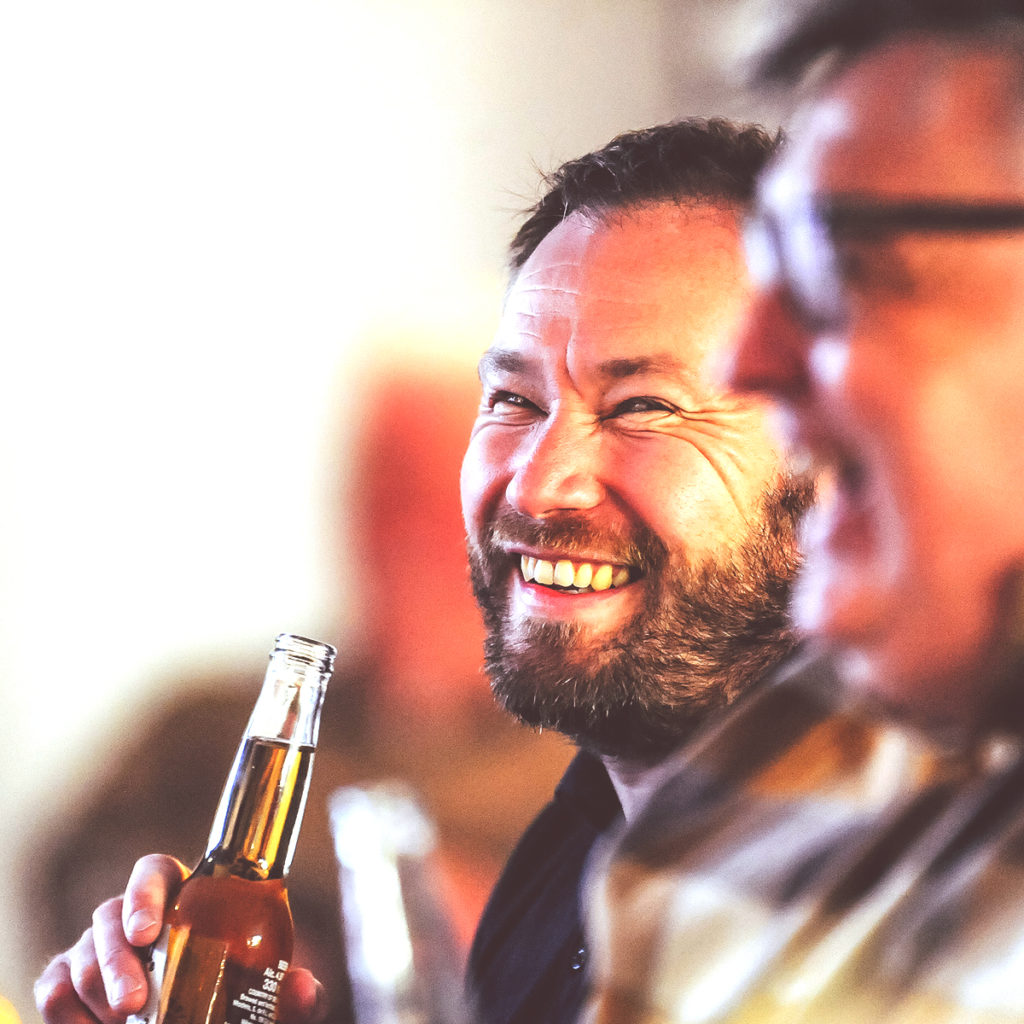 There was, as always, recognition for a stellar comedy line-up. Canadian stand-up and star of Live at the Apollo Tom Stade and Aussie Stewart Francis were part of a programme that also saw internationally lauded funny man Daniel Sloss return home to Fife for a sell-out show as part of his world tour. Such heavy hitters of the comedy world are helping build a loyal comedy audience, with total attendance reaching 3,465 during 2018/19. Our new Comedy Cafes have been gaining momentum with audiences  supporting up-and-coming Scottish comedians alongside more established stars and all for the bargain price of £10.